Topping a year that catapulted the band onto stages shared with the likes of The Cure and Placebo, Nótt Eftir Nótt is Kælan Mikla at their most confident, and their most deadly. It’s been five years since Margrét Rósa Dóru-Harrysdóttir, Laufey Soffia, and Sólveig Matthildur Kristjánsdóttir formed the band in Reykjavik, but after several tours and high-profiles stages, as well as two critically-acclaimed albums, Kælan Mikla has brought their A-game in a big way.

Starting off quietly with a creepy, gothed-out ethereal intro, Nótt Eftir Nótt erupts with post-punk brilliance and synthlines that harken back to the bad old days of the Batcave, big hair, and Egyptian-inspired eye-liner. Tracks like the melancholy “Hvernig kemst ég upp?” are wonderfully delightful, while the band goes for the big goth dance number on “Skuggadans,” succeeding with glorious ease. Near the end of Nótt Eftir Nótt, when you’ve already ingested a healthy dose of Diamanda Galas meets The Birthday Party, the title track, produced by popular Icelandic electronic wizard Bang Gang, is basically perfect.

Hot on the heels of shows at Roadburn, Meltdown, and The Cure’s 40th Anniversary, as well as a Fall tour supporting King Dude, Kælan Mikla are set to take their place as one of darkest aural poets on the world stage.

“Their rawness and charisma are enough to convert the staunchest non-believer in their direction.”
-Jamie Ludwig, FACTmag

“Even Peter Murphy would find himself nodding in approval.”
-Laura Studarus, Bandcamp Daily

SUBMERGING THE SUN, the second LP by Some Ember, is a journal of climatological grief, intimate vulnerability, and transcendental sadness. Self-produced by songwriter Dylan Travis, the record’s sparse arrangements are weighted by bleak ambience and dramatic vocal turns. Icy synthesizers pierce veils of fog-like drones, delivering sorrow and catharsis. Tides of dissonance ebb to reveal glittering mirages of hope, which are just as soon swept away.

Long a fixture of the Oakland, CA musical underground, Some Ember has seen many forms – a solo dream pop bedroom project, a four-piece goth rock outfit, then a hardware-based synth duo, and back again. Following cassettes on Crash Symbols, Night-People and Ascetic House, the band released their first LP on Dream in 2014. In 2015, Travis and
longtime collaborator Nina Chase made the move to Berlin. After a tumultuous two years (which saw a further cassette released on Dream, “DEBTS OF LOVE”), the band will release SUBMERGING THE SUN, as well as a companion cassette EP, SUBMERGED, on Third Coming Records in November 2018. 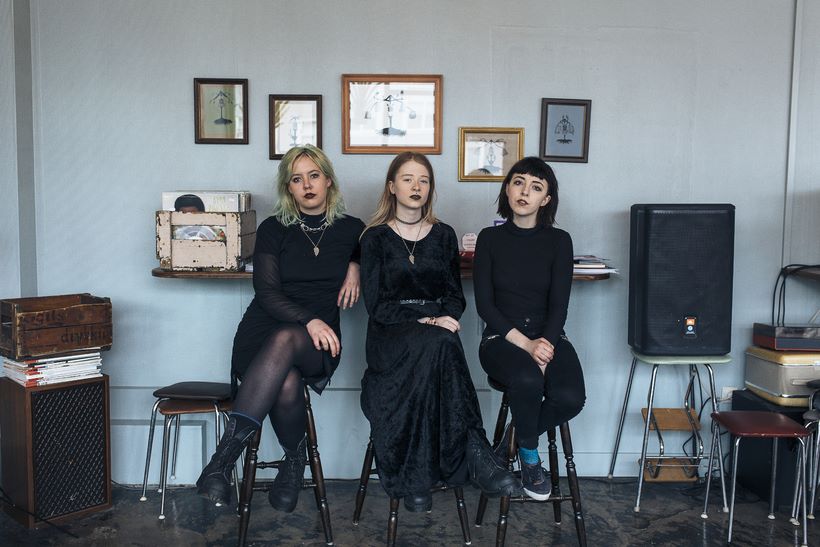