Go to navigation
KEE AVIL
Led by Montréal producer Vicky Mettler, Kee Avil combines guitar, voice, electroacoustics and electronic production to create song assemblages that teeter on the edge of collapse while oozing forward, like sticky resin picking up and shedding disparate elements along the way. Kee Avil evolved from playing guitar with broken cymbals and drumsticks to forging askew tempos and templates glued together by samples of screws dropped into crystal bowls. Her self-titled debut EP, released in 2018 on Black Bough Records, harnessed her improvised music and prepared guitar background toward a newfound structural sensibility and arresting vocal / lyrical experimentation; she has been immersed in the exploration of distinctive compositional architectures ever since, expanding her sonic palette with increasing and intensive detail, where twitchy, finely wrought postpunk electro-industrial avant-pop songs are meticulously assembled to resemble disassembly.
Honed through pre-pandemic tours in North America and Europe (sharing stages with Marc Ribot, Pere Ubu, Bill Orcutt and Fly Pan Am, among others), Kee Avil’s emerging body of work signals a vital, viscous, virtuosic new voice in experimental songcraft – where touchstones include Juana Molina, Scott Walker, Fiona Apple, and Eartheater; where PJ Harvey meets Pan Daijing or Grouper melds with Autechre.
Kee Avil will be presenting a new and definitive collection of studio recordings in early 2022.
ARTIST STATEMENT
Songwriting, to me, is like sculpting. It stems from an initial word, emotion or sound, which I then build on, molding it into a more refined shape, glued into an artificial structure. Other times, my role is to peel it, scrape at its exterior, to reveal its natural state and its part within the whole.
I’m led by these initial ideas; not to polish but to translate abstraction into sound and imagery. This process of decoding can be tedious; other times it’s immediate, each idea giving birth to another, together building their own cohesion. I like raw, tumbling sculptures, sometimes held together by nothing more than intent.
Crease wasn’t written with a specific narrative in mind, it was produced over a period of three years, each song written and recorded subsequently. Each represents a certain moment in time, an emotion, exercise or spontaneous idea that creates its own world. Each of these worlds was built without consideration for the other. It felt impossible to me, once I would enter the atmosphere of a song, to try to start another until that idea was finished. Once assembled, the album presents a narrative as the songs want it told. 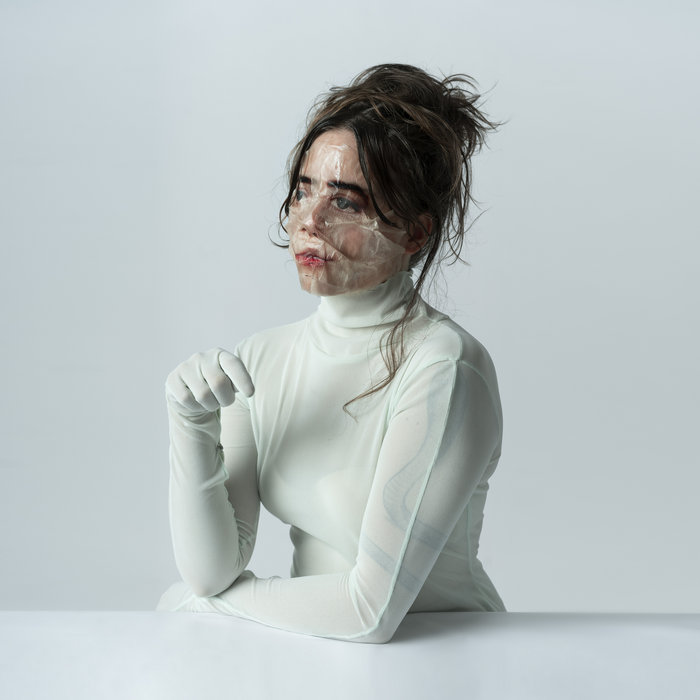