Cited as one of 2018’s ‘break-out bands’, Say Sue Me are a Surf Rock inspired indie band from Busan, South Korea. Members consist of Byungkyu Kim on lead guitar, Sumi Choi on vocals and rhythm guitar, Jaeyoung Ha on Bass and Sungwan Lim on Drums.

Releasing their first album “We’ve Sobered Up” in 2014, and EP “Big Summer Night” in 2015, on Korean label Electric Muse, UK label Damnably Records released a self-titled compilation that paired their first record and EP in 2017, marking the band’s first release outside of Korea, which served as their introduction to International audiences.

The band released their sophomore album “Where We Were Together” in 2018, which won widespread praise from the likes of Pitchfork, Paste Magazine, NPR, Billboard, i-D, The Independent, Stereogum, MTV, Uproxx, Fader, Drowned in Sound, DIY, The 405 & more. Lauren Laverne, Tom Ravenscroft, Gideon Coe and Don Letts have championed the band as well as Elton John on Beats1 and KEXP. The band have embarked on tours across Europe and Japan and appeared as part of the line up at the first DMZ Peace Train Music Festival in Korea’s Demilitarized Zone. They count Yo La Tengo, Japanese Breakfast, Snail Mail, The Ravonettes, Speedy Ortiz, The Beths, and The Notwist as fans.

In 2019, Say Sue Me were nominated for 5 Korean Music Awards (and winning 2), making them the second most nominated act of the year just behind almighty K-Pop idols BTS.

Billboard (US) “Korean indie quartet Say Sue Me is on the up-and-up”
DazedDigital (UK) “Wistful indie rockers from Busan, South Korea who capture the loneliness you can only find in a crowded room”
Elle (US) “Snooze is the last thing you’ll want to do after hearing Say Sue Me…”
The Fader (US) “Really sweet, melodic rock that makes me feel like I’m in high school.”
i-D (UK) “blends indie-rock and surf pop together seamlessly… both extremely personal and universally relatable”
The Independent (UK) “…not a band to sleep on.”
Interview Magazine (US) “South Korea’s sweetest rockers”
KEXP (US) “…jangle-pop hooks, stunning vocal melodies, and intricate guitarwork that stands up proudly against some of their influences like Yo La Tengo and Pavement…”
The Line Of Best Fit (UK) “…channels high emotions and journeys through hazy guitars that are reminiscent of Yuck and Daniel Blumberg’s solo material”
MTV TRL (US) “…your new favorite indie rock band from Korea!”
NPR (US) “…jangly indie-pop, handclap-rich girl-group classics and the lightly rumbling sounds of early surf-rock. At once stylish and timeless…”
Paste Magazine (US) “The best pure indie-pop record of 2018 (so far) is not from Brooklyn or Glasgow or Melbourne or Olympia but Busan, South Korea… a perfectly paced fusion of jangling guitars, bouncing bass and sighed melancholy.”
Pitchfork (US) “…the band’s best work to date”
Stereogum (US) “The seven-minute slow burn “Coming To The End” evokes late-album indie-rock epics such as Yo La Tengo’s “We’re An American Band” or Pavement’s “Fillmore Jive”…”
Uproxx (US) “…you don’t need to fully grasp the backstory to get sucked into its feverish tempo and go-for-broke delivery, with the band’s innate ear for a warm melody striking by the time the chorus kicks in.”
Bandcamp Daily “…an addictive amalgam of sugary indie pop and gritty surf that showcases a finely-tuned sense of melody and technical skill… Nary a song on Say Sue Me isn’t a total ear worm.” 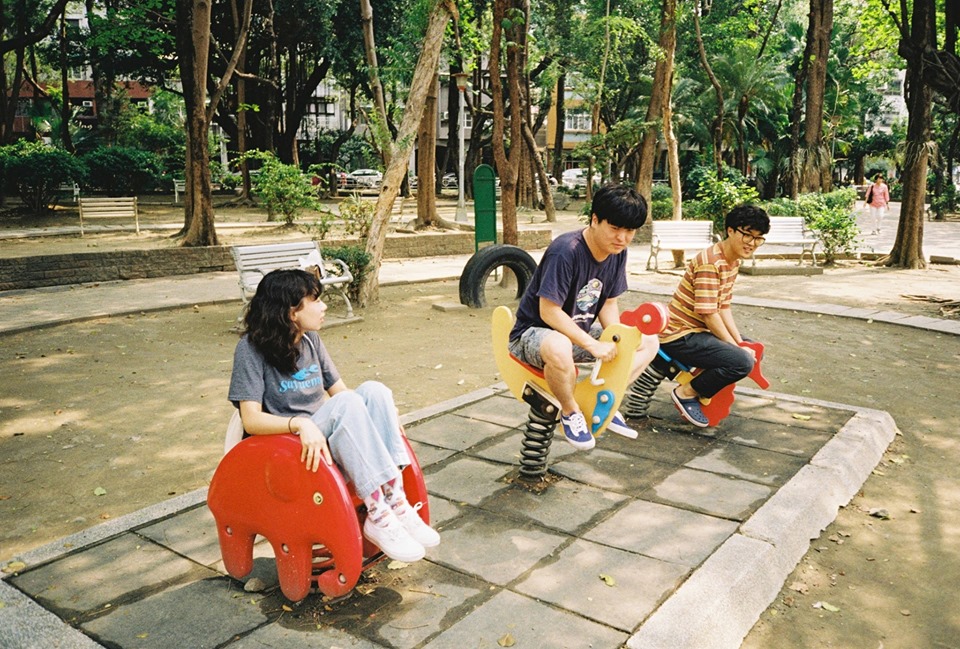