Josh “Socalled” Dolgin is a pianist, accordionist, producer, based in Montreal, Quebec. He has lectured and has led master classes in music festivals around the world, from Moscow to Paris, from London to LA, and from Krakow to San Francisco, and has performed on every continent. With 6 solo albums to
his name, he has performed all over the world for more than 10 years, and his list of collaborators knows no generational, social, cultural nor religious boundaries. Aside from countless festivals and venues around the world, Socalled has performed at Carnegie Hall (twice!), the Olympia in Paris, the Apollo theatre in Harlem and the Arsht centre in Miami. He has played with, featured, recorded and arranged for Gonzales, Itzhak Perlman, Lhasa, Fred Wesley, Andy Statman, Adam Cohen, Boban Markovic, the Mighty Sparrow, Roxanne Shante, Irving Fields, Killah Priest, Matisyahu, Theodore Bikel, Enrico Macias and Derrick Carter… Dolgin was the subject of The Socalled Movie, a 2010 feature documentary produced by the National Film Board of Canada. In 2003, his collaborative album Hiphopkhasene with British violinist Sophie Solomon won a German Record Critics Award (Preis der deutschen Schallplattenkritik). Then, in 2005, he released an EP based
on the Passover service, The Socalled Seder, which he produced in his apartment and sold through the mail in a world before the internet, with almost 1000 mail-orders! It was eventually officially released by Jewish hipster label JDub and hailed as one of the greatest new Jewish Music records.
He started to work with renowned clarinetist David Krakauer, producing his genre-twisting “Bubbemeises” record, which led to an offer from French Jazz label Label Bleu to record his first proper solo album. Featuring about 40 guests from all walks of musical life, Ghettoblaster featured the breakout hits “The Good Old Days” and “You Are Never Alone”, the video of which garnered some 3 million views on Youtube. Ghettoblaster was on the longlist for the Polaris prize. The collaboration with Krakauer led to a project with James Brown’s arranger Fred Wesley “Abraham Inc” and the album of funk meeting Klezmer, “Tweet Tweet”. In 2011, Socalled came back with the 30+ guest-heavy Sleepover, which was nominated for a Juno award, and in 2013 he released the collection of songs he composed for The Season, a puppet indie musical fable for the 21st century he also wrote and directed, which was remounted at the prestigious Kampnagel festival in Hamburg, Germany. His original Yiddish gangster puppet musical, “Isaac Babel’s
Odessa Stories”, was presented at the Segal Center in Montreal in 2013: the cast recording will be released shortly. His work with cellist Matt Haimowitz, a re-working of Messiaen’s Quartet for the End of Time, garnered another Juno award nomination. In December 2015, Socalled was presented with the “Adrienne Cooper Memorial Dreaming in Yiddish” award for his work disseminating and exploring Yiddish culture.

2015 saw the release of Peoplewatching, an offering of infectiously fun, passionate and timeless mini-odes for the booty pleasure of all, which featured a panoply of varied styles, languages and talents.

Sometimes Socalled is a producer for hire: he co-produced Enrico Macias’ “Voyage D’une Melodie”, and the first albums of Canailles and Geoff Berner. HIs remix of the theme for CBC’s flagship news digest “As It Happens” plays 3 times a day across Canada. In 2016 Socalled produced Ben Caplan’s “Birds With Broken Wings”, Yves Lambert’s “Dans Ces Bottines”, Geoff Berner’s “We Are On the Way to Bremen” and Sarah Toussaint-Leveille’s “La mort est un jardin sauvage”. In 2017 Socalled released Tales from Odessa his Yiddish Gangster musical originally composed for the Segal Centre Yiddish Theatre and in 2018 he released Di Frosh in which Dolgin removes the mpc and sings traditional and original Yiddish song backed only by the acclaimed Kaisser Quartett from Cologne. When he’s not in
the studio or on the road, Socalled makes cookbooks, draws cartoons, edits video and practices Kurt Weill on the piano. 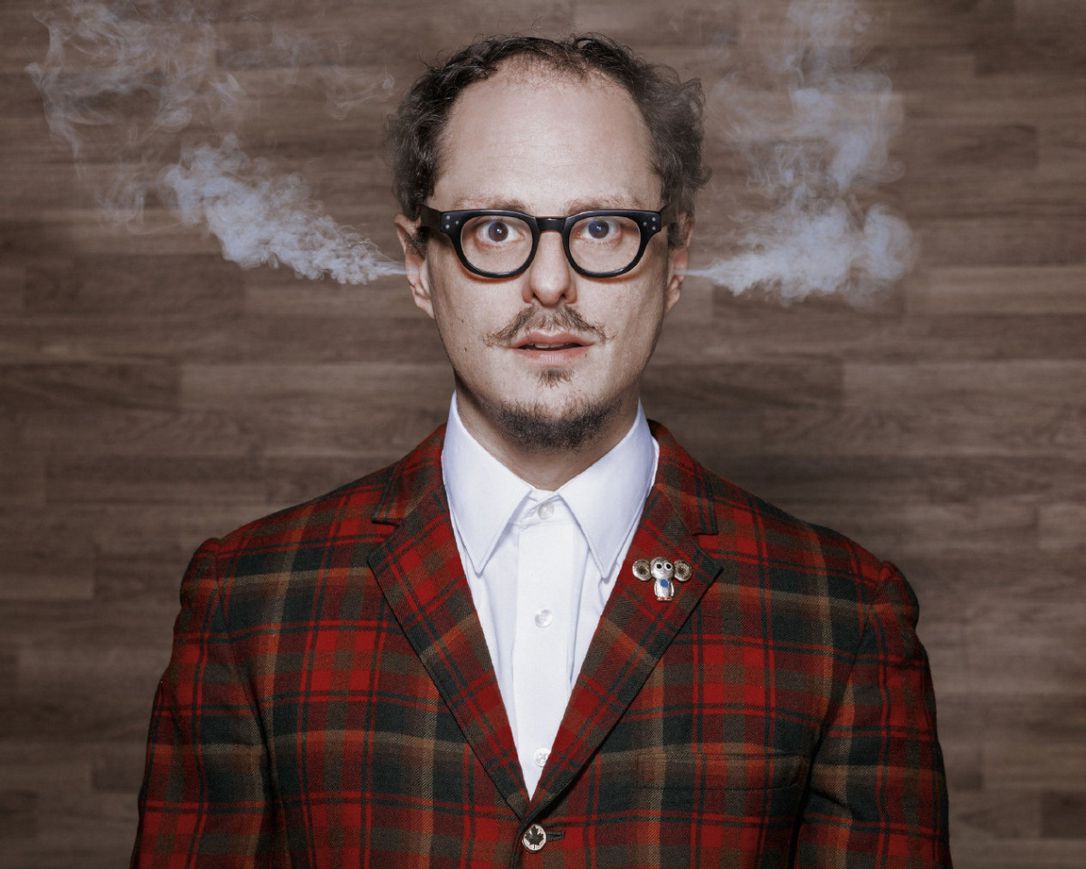